Ah the bacon debate. A mention of bacon brings so many thoughts to mind: Saturated Fat, Animal Fat, Cholesterol, Heart Disease, on and on and on. The sad thing is that you’ve been lied to about bacon.

You’ve been mislead if you think bacon is the most horrible disease-causing cancer-causing cholesterol-raising junk food that is out there.

You’ve also been mislead if you think bacon is the end-all-diseases cure-of-the-earth super-food that you would perceive if you follow Paleo bloggers. I think the Paleo diet has unintentionally adopted bacon as it’s mascot.

Unfortunately, both sides are misleading, and they are stretching the divide between bacon champions and bacon haters.

I am here to weigh in on that lovely bacon debacle and give you my take on bacon.

The Friend Disguised as an Enemy

If you believe bacon is bad for you, let me ask you: Why? Undoubtedly, you will answer that it is a fatty meat laden with cholesterol and saturated fat; a heart attack in a pan, if you will. It is just waiting to clog your arteries… Not so fast. According to the USDA Database, one slice of bacon has 11 grams of fat in it’s raw state (that is, prior to rendering the fat by cooking it). Of these 11 grams, just about 4 are saturated. Woah, only 36%? That is not what you have been lead to believe….

Truth is, bacon is mostly unsaturated fat. Yes, bacon is mostly those healthy fats that are in olive oil, avocados, nuts, and seeds. My oh my, the lies come out. Five grams of the 11 grams are monounsaturated, the same type of fat that olive oil is known for. Two of the 11 grams are polyunsaturated, which are usually found in nuts and seeds in abundance. The horrors of bacon seem to be quickly fading away if your argument is that bacon increases cholesterol or causes heart disease.

The Enemy Disguised as a Friend

I am glad you are still reading this, because it means you didn’t drop this article to run to the store and immediately stock up on the delicious no-longer-guilty pleasure…or is it? Unfortunately the bacon of today is a far cry from what bacon used to be, and what bacon should be. Pigs are known to eat pretty much everything. A few hundred years ago, this was a great thing: you could feed your pigs vegetable and table scraps, and all the leftover scraps you couldn’t use, knowing that those calories would be coming back to you. These days, pigs mainly eat grains: GMO grains – corn and soy especially. For an example of what is acceptable pig feed, take a look at this swine feed. Then remember what Michael Pollan said in In Defense of Food: (paraphrasing) you aren’t just what you eat, but you are what you eat eats too. If you are eating an animal that had a horrible diet, you are essentially eating that horrible diet yourself.

To add insult to injury, bacon is then further processed before it arrives on your grocery shelf. Unless you are buying “Uncured Bacon”, which generally costs twice as much, your bacon has nitrates, nitrites, phosphates, and other salts. We could go through endless debates about whether or not these cause heart disease or cancer; however, I just have one simple rule: if it is a chemical before it was put into your food, don’t eat it. Yes, I know celery, spinach, kale, and other greens naturally have nitrates in them. Fruit also naturally has sugar in it, but are we going to argue that table sugar is just dandy or that fruit sugar is bad? (Well I know some of you would, but I don’t believe that for a second.) As far as the phosphates go, they are horrible if you have any kind of kidney problems, which by the way, don’t show up in blood tests until your kidney function is very poor. Even if you don’t have kidney issues, recent studies suggest that phosphates can lead to heart disease even in the general population. Again, it’s a chemical, so stay away.

What’s a Bacon Lover To Do?

So you want the bacon benefits without the pitfalls? I do, too. That’s why I found a local family farm that produces bacon the way it was intended to be produced. No nitrates, nitrites (except those naturally in celery juice), no phosphates, nothing but good ol’ smoked bacon. My farm feeds the pigs a vegetarian diet, mostly veggie scraps from the kitchen. I use Ray Family Farms, but if you aren’t in the area you can look up a family farmer at localharvest.org. Or you can go to the farmer’s market in your area and ask around. It’s time we start asking questions about how our food was produced.

Another thing that bothers me about Paleo/Nutrition memes and infographics is that they don’t convey the truth of what it means t obe on the Paleo diet. I don’t like diets, and I don’t follow specific ones simply because of the ability to mislead the public via stereotypes and misconceptions. The Paleo diet is now known for large consumption of meat, especially fatty meats like bacon. The truth is, though, if you were truly living like your Paleolithic ancestors, you wouldn’t make a kill every day, thus your meat consumption would come in spurts. You would eat the entire animal over a week or two – including the leanest parts (i.e., not bacon). Your day-to-day tide-me-over diet would mostly consist of plants, berries, nuts, and seeds. So let’s stop misleading people about what Paleo would really mean, and stop posting 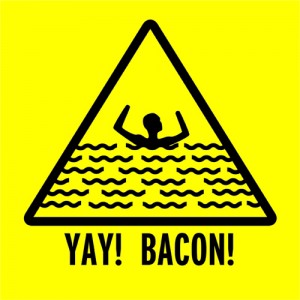 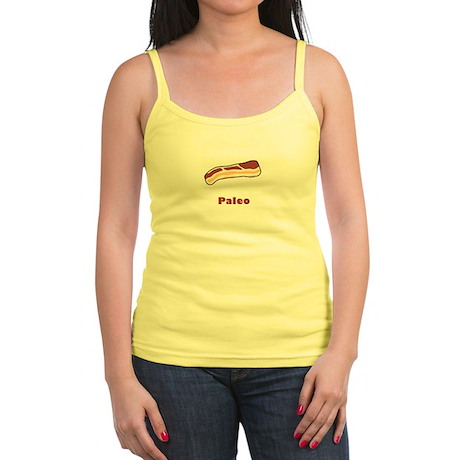 (All of the above images were found on Paleo websites/blogs)

Because to the average Facebook and Instagram browser, this just says “GO BUY ALL THE BACON” without explaining the horrors of grocery store meats. And grocery store bacon is definitely something to eat less of, if at all.